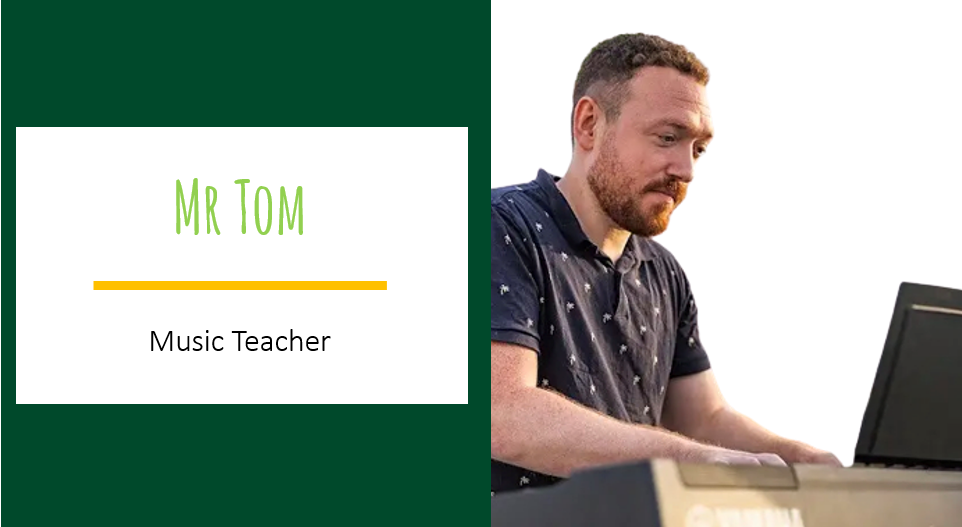 Briefly describe your journey as a teacher.

My journey as a teacher started back in North Wales when I became the pianist for the Maletones Choir and New Start Theatre Company. Because of my passion for music, I studied for a music degree at Bangor University, Wales before moving to London to study for a PGCE in Primary education at the University of Greenwich. It was around this time I also became a music leader, delivering group keyboard lessons to children as well as the pianist for Bitesize theatre Company. After teaching for three years in the UK, my passion for world music brought me overseas to Bahrain where I became the music specialist at Nadeen School.

Why did you decide to specialise in your chosen area?

My passion has always been, and always will be music. During my time at Greenwich University London, I researched the positive impact music therapy can have on children. Since then, I have seen the positive impact music can have on children’s well-being and health. I also have a curious nature for world music and enjoy teaching the children how to perform and compose music inspired by music from all around the world.

What makes Nadeen such a unique place to work?

Nadeen is an incredibly diverse school, where a multitude of languages are spoken by the children. This means we can celebrate each other’s rich culture by exploring different genres of music from around the world. So far, we have explored music from many different countries including Samba drumming from Brazil, African drumming from Africa, Gamelan music from Indonesia, and folk music from the British Isles.

How would you describe a typical day at Nadeen?

Energy is key when it comes to a typical day at Nadeen. One moment I could be performing a scarf dance with the nursery children and then performing on ukuleles with Year 6 the next. I deliver music therapy sessions throughout the day and try to encourage the children to participate in one of the wide selection of music groups at Nadeen, including the KS1 choir, KS2 choir, keyboard club, and LKS2 performance groups, where the children can play ukuleles, bucket drums and keyboards. 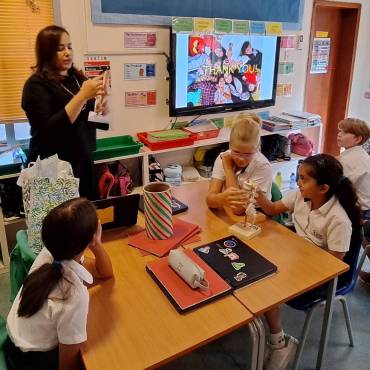 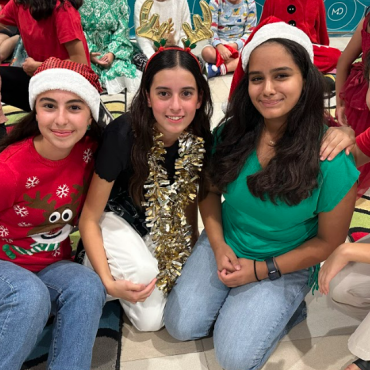 Update from the Principal – 8th December